In this presentation room 7 had to answer some questions using ratios. We also used division and multiplication. When saying simplified answer it means to make a number less complicated and more simple.
Posted by Jahzara at 14:23 2 comments:

In and out the window

Walt: look for the hidden or deeper meaning in the text.

In this presentation room seven had to review a book called In and out the window. We had to rate the book from 1 to 5 and give one word that explains our thinking of the book. We also had to take a video of us reading the book. We used screencastify.
Posted by Jahzara at 10:37 No comments:

One day on the beach

Walt: Think from the perspective of the characters in the story.

In this presentation room seven had to review a book called One day on the beach. We had to rate the book from 1 to 5 and give one word that explains our thinking of the book. We also had to take a video of us reading the book. We used screencastify.

Mr Goodwin talked to us about what we were doing, then we set off outside to get in two lines. We
walked to the corridor and waited outside for Mr Goodwin to get a few things. Once he came back we
walked past the top field, across the bottom field, and onto the school reserve. When we reached our
destination Mr Goodwin told us to get into a group of five. It took us a while but, When we finally got into
our groups he gave us a rubbish bag. I was thinking “no, were going to have to pick up rubbish i’m going
to get so dirty and wet” but then I remembered our world is getting polluted a lot, and so we were doing
this for a good cause. By the time we reached the reserve my shoes were already soaking wet!

Mr Goodwin told room seven that we had to pick up as much rubbish as we could find. Mr Goodwin
also told us some strict rules, like how we had boundaries, and that there would be disqualification. He
also said who ever has the most rubbish will get to play Ten minutes of Cool Math Games! So it was
a competition. There were three rounds, the first round of course was at the school reserve. “Three, two,
one! Off you go” said Mr Goodwin the whole class went shooting off to find rubbish. I couldn't even hear
my group because there was to many people shouting. Once Mr Goodwin blew his whistle we all came
running back.


It was time for the last round. We found much more rubbish than what we found in round one and two,
but our rubbish bag was still looking a bit empty. Mr Goodwin blew his whistle again, he yelled and said
“get into five lines.” Miss Haare was the judge of which bag was looking the fullest, and which bag had
the most rubbish in it. Our bag was looking a bit empty and so I thought we had no chance of winning.
Miss Haare picked up the first bag, then the second, until she got up to our rubbish bag. Miss Haare said
it was looking pretty good so I don’t know if it was me worrying about it to much.You probably already
know what happened, yes we did not win and so we didn’t get to play Cool Math Games.


Overall I think this experience was very fun. Although we didn’t win and our shoes got soaking wet, We
all knew that it was for a good cause. I hope we get to do more things like this some other time. Now
you know what we did, are you going to do the same to help our planet?

In this task we had to write a recount. For those of you who don't know what a recount is well, it's pretty
much telling someone about something you did. We had to use interesting word. We also had to check if
our spelling/vocabulary were correct. Then once we finished we had to publish it on our blog with
labels, title, Walt, and task description.
Posted by Jahzara at 10:21 No comments:


Task description:
In this task we had to figure out these problems. The problems all included times/x and division/÷. In each slide Mr Goodwin put a triangle with 3 lines. In each triangle there would be 3 number in the 3 lines. for example 9, 4, 32. We had to  write what 9x9 equals. We also had to write what 81÷9 equal.
Posted by Jahzara at 12:09 No comments:

Walt: look for the hidden meaning in the text. 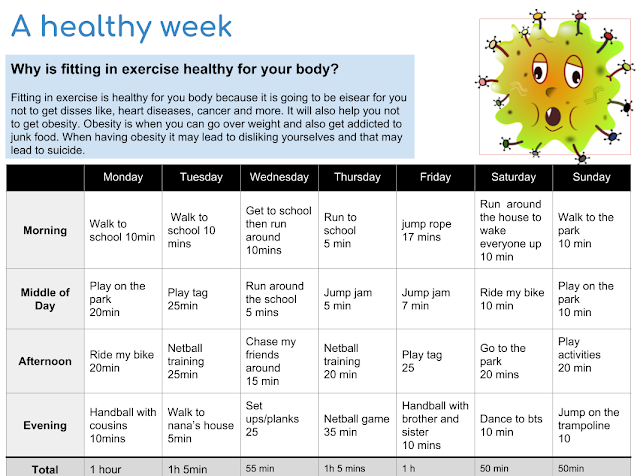 Walt: think about dialogue between characters

In this presentation we had think of what two people are saying together which is called dialogue. There are three setting they are, in a classroom, at a basket ball court and at a ice cream stand. In each stand you will have to describe the scene of your dialogue. My favorite scene had to be at the basketball court because I used more feeling in both characters.
Posted by Jahzara at 17:21 2 comments: 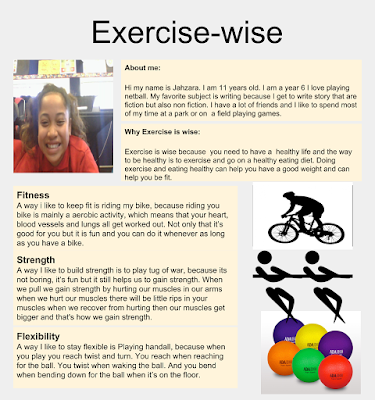