yesterday we drank ginger beer. We took our bottles of ginger beer outside and waited for our teachers to say open the bottle. Once miss king said I turned the lid and what did the bottle do it went boom!!! and exploded.
Posted by Jahzara at 14:25 No comments:

The Day Of The Explosion

There's a Scientist in America named Michael. He tried to build a machine that was useful for helping, cooking and for entertaining people. Once he started to build he thought that his robotic machine might explode, so he put down his things, and searched for safety gear like safety goggles and a lab coat. He went back to the lab, he grabbed the things that he needed and went off to the table to get started.


Michael’s invention was going to be a big help to the world. But suddenly everything went horribly wrong and was a disaster. His machine exploded the whole lab and killed the power, the pieces fell straight off. Michael was so upset, he couldn't stop thinking of what he had done wrong.


He said to himself “Maybe I built my machine with the wrong things. Maybe I had the wrong tools whatever it was I will try my best next time” 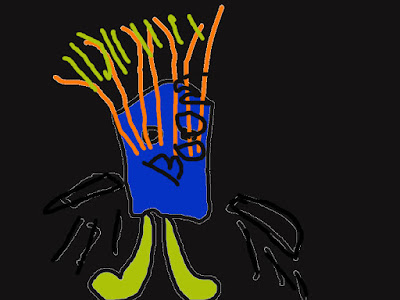